One Year: Somewhere in Between (A Life in 365 Days), is a self-portrait of myself as mother through a compilation of an experience that I cannot reduce to images. When I see a snapshot of myself holding my tiny daughter, it always looks wrong. I don’t look like a mother; I just look like the person I always was. The portrait needed to be more encompassing. I combined images of my daughter’s daily rest, a symbol of the radical rescheduling of my daily life, with fragments from emails from all aspects of my life to create an almost flipbook of what my life felt like: a non-stop slideshow of pieces of things that I could never quite catch up on or control.

The work did not begin with a diaristic purpose though. Early in my daughter’s life, I was searching for something, anything, to do that gave me a daily purpose and let me act like both a mother and an artist. Almost by default, I took a daily photograph of her midday sleep. This continued for a year, with no consideration that it would become any basis for an artwork. Initially called Sleep, these images are a series of photographs of her face at rest. I cherished the title in relation to Andy Warhol’s Sleep piece as a connection to the (art) world I felt so distant from.

First, the photographs were a wrapped installation: 365 squares of an angelic, peaceful, sleeping beauty. But this work was not simply a love song. In a significant way, this fragmentation of time around a force I was only nominally in control of radically changed my own schedule and defined my daily life. I struggled with a lack of known schedules and dependable time and emotional swings that corresponded to an extreme shift in my life.

This work needed to explore and reveal intensely dichotomous feelings about motherhood. The exquisite peace of her face and breath met the realization of the terror of her realness, and with it fragility; and my own aching loss: of self, normalcy, time, rest, nourishment, support, certainness. The pictures recall delicacy, frustration, beauty, anguish, hunger, exhaustion, love, anger, gratitude, melancholy, bliss. But the memories were banal too: nagging emails, overdue thank you notes, applications not submitted, dirty clothes, neglected dog, art not made. I wanted to lay bare, examining through exposure, some of the basic facts of my quotidian routine as an artist, mother, wife, adult – perhaps as a means of normalizing a common but somewhat concealed reality. This evisceration attempts to alleviate the mystery or shame of working and struggling at two important and self-fulfilling roles simultaneously. The resulting work, One Year, takes the form of an artists’ book and combines these photographs with text fragments from the same period of time. The work reveals the total devotion of a mother to her child but also complex longings and loss felt with motherhood. 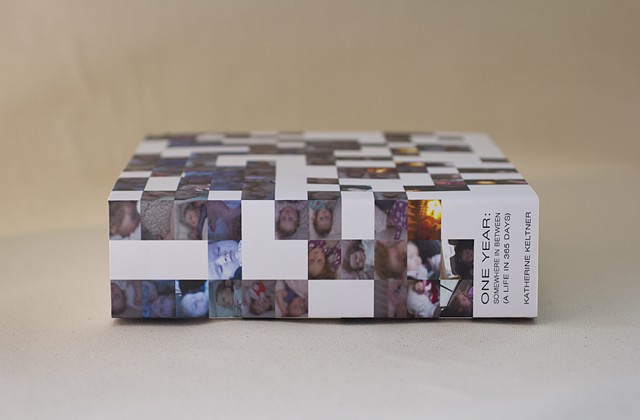 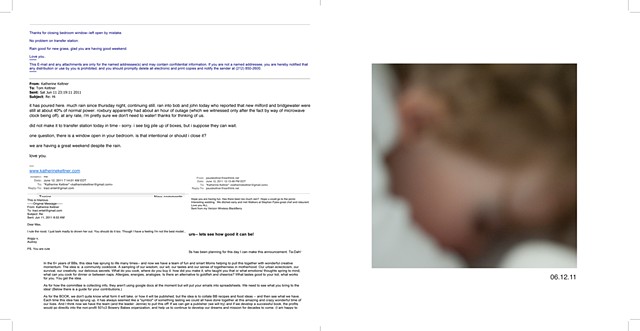 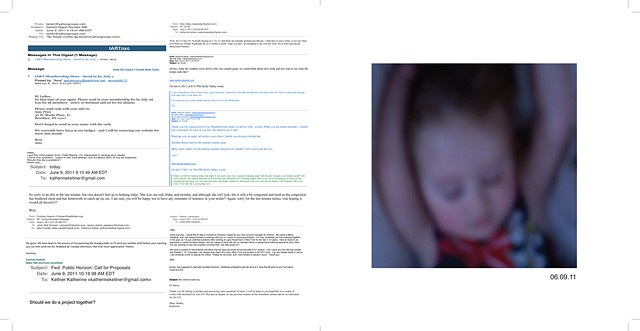 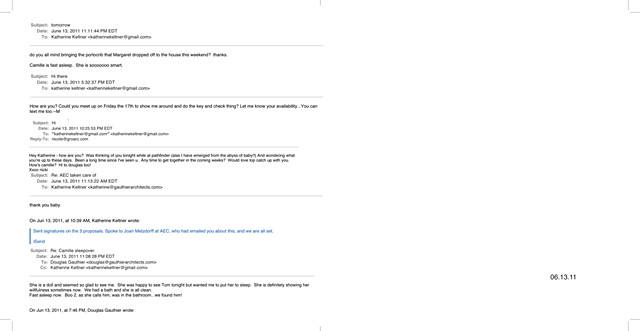 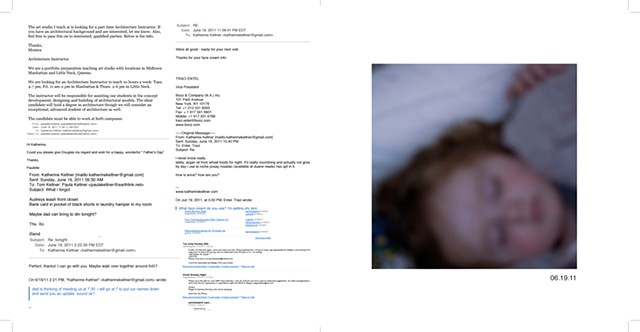 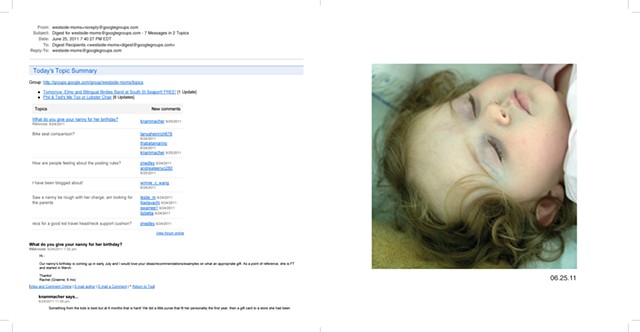 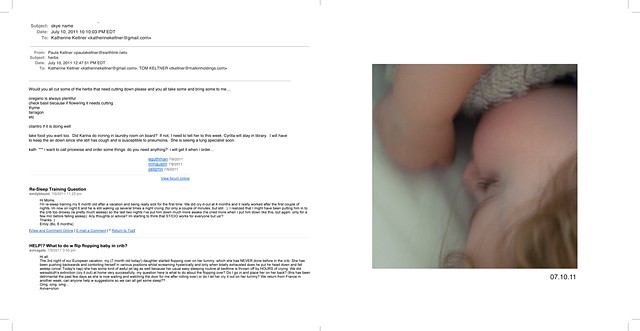 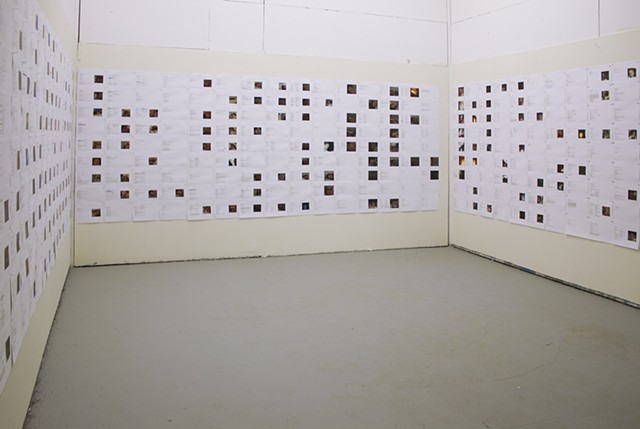 Installation of every page of the book pinned on walls